Update:  I've added some pictures of my daughter wearing the jacket at the bottom of the post.  Definitely looks better than expected-- maybe it's a keeper after all!

You know when you have a vision for something, and then the end result turns out a little bit....different?  That's how I feel about this project.  The first item on my KCW checklist was the Lily Knit Blazer from Peek-A-Boo Patterns.  I had been ogling this pattern since it was released this past fall, and was glad to finally have an excuse to sit down and make it for my two year old daughter.

As I mentioned in my previous post, I planned on using some turquoise jersey for the main part of the jacket and then a yellow floral for the accent pieces.  That is, until I remembered that I had this in my stash: 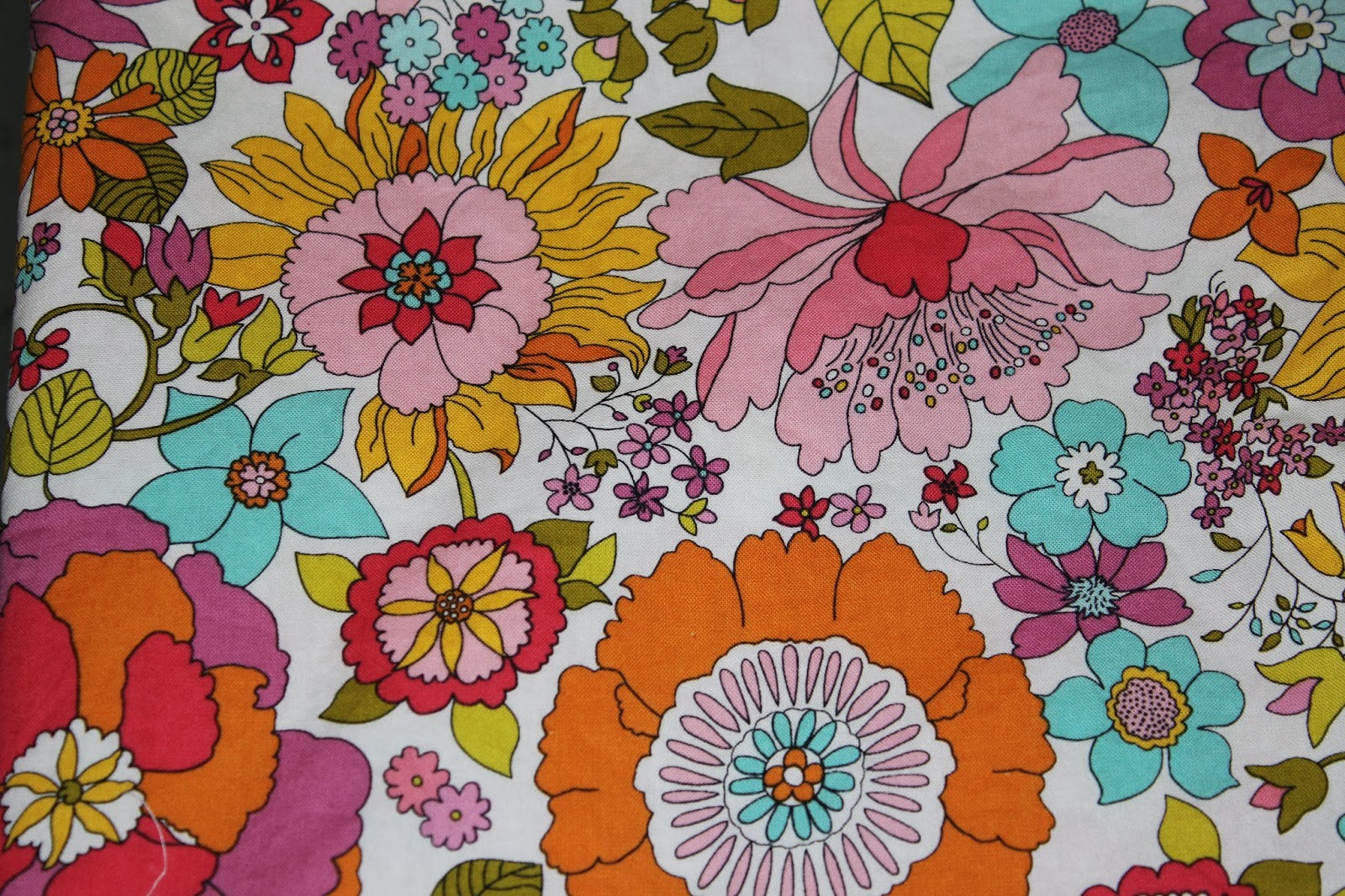 A beautiful, bright, spring-like floral that I bought on clearance at Hobby Lobby a few months ago.  And since it's January, and I live in the Midwest, something bright and cheery sounded like a good idea.

That is, a good idea if you want your two year old to blend in to a retirement community in Florida.  So, here it is: 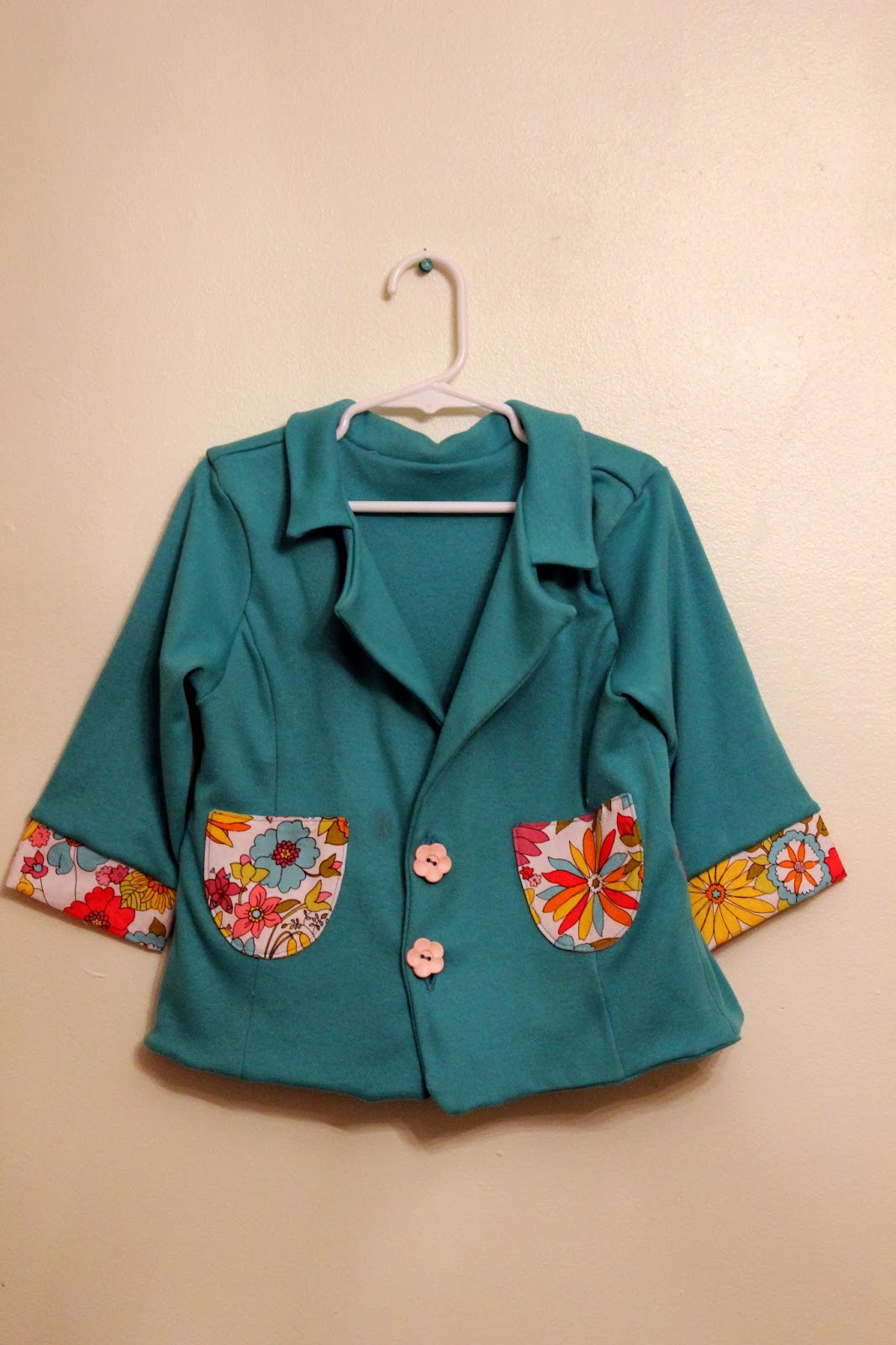 I'm thinking of making some pink polyester pants to match.

In all seriousness, it's a really cute pattern, and I think it has a lot of potential. I think the print and color combination turned out to be a little over-the-top, but may be able to be salvaged if I remove the pockets for a cleaner look.  There is also the possibility that it will look much better on her tomorrow morning in the daylight, rather than on the hanger at midnight.

But anyway...my favorite part of it is the ruffled panel in the back, which can be seen here: 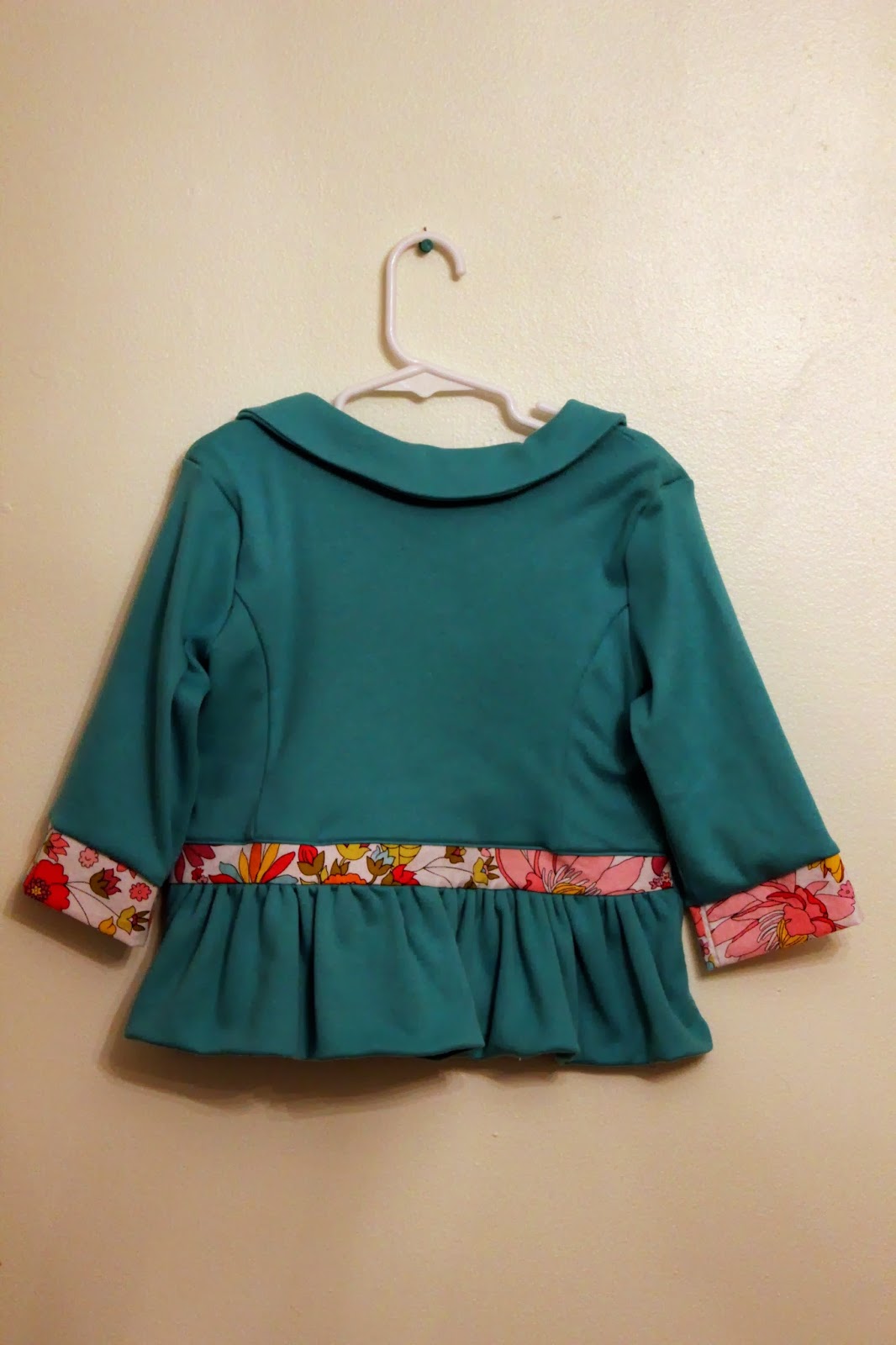 My daughter is sometimes a 3T/sometimes  a 4T, so I made the size 4 to have a little bit of wiggle room.  But there seems to be a lot of wiggle room already built in to the pattern, to the point that I had to take off 3.5 inches off of the sleeves.  I included the optional princess seams, which helps give it a more tailored look, but omitted the piping.

Overall, a good pattern.  I'll try to take some pictures of my daughter wearing it tomorrow to see if that improves the look.  And I'd love to have some second opinions! 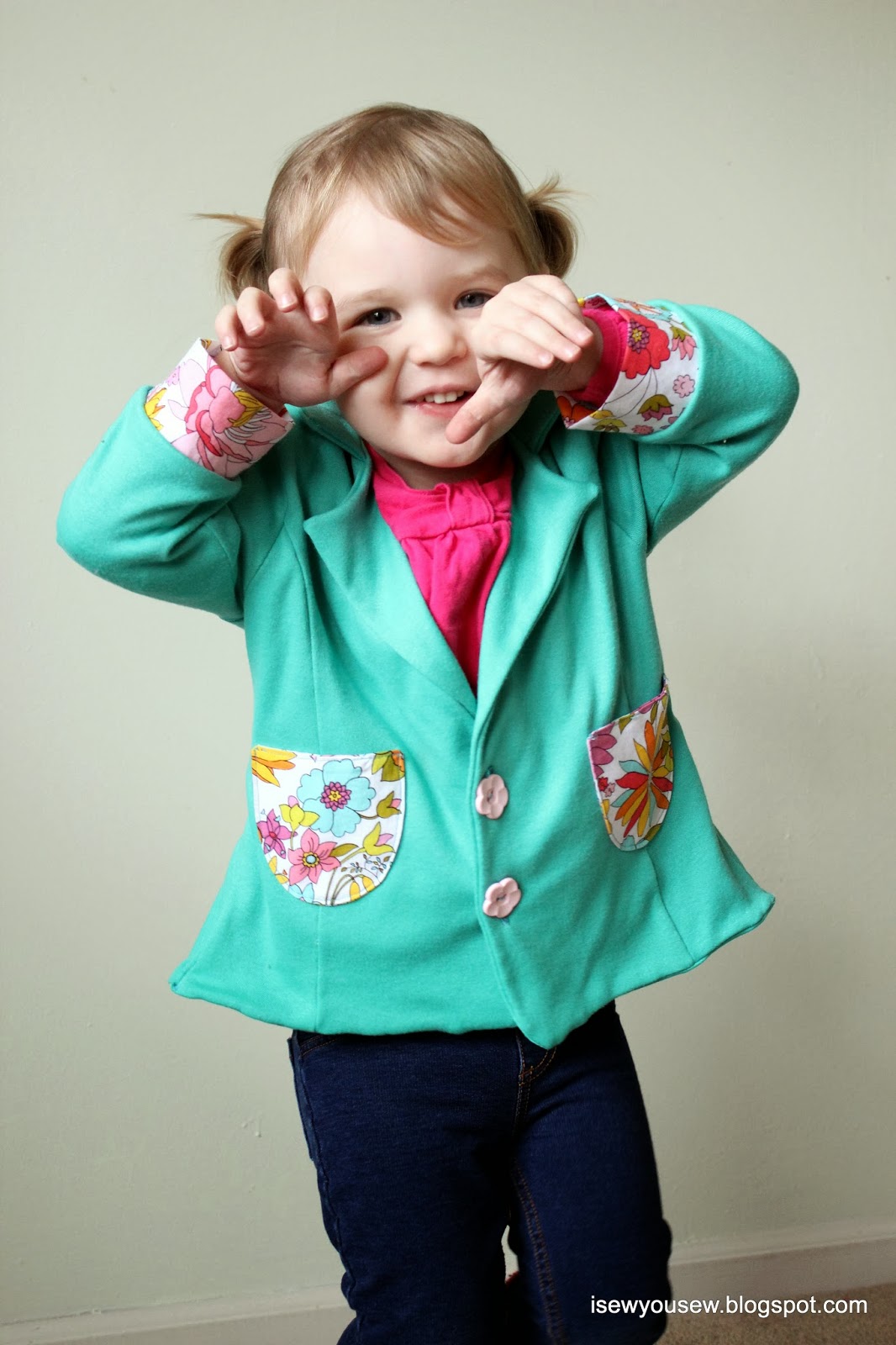 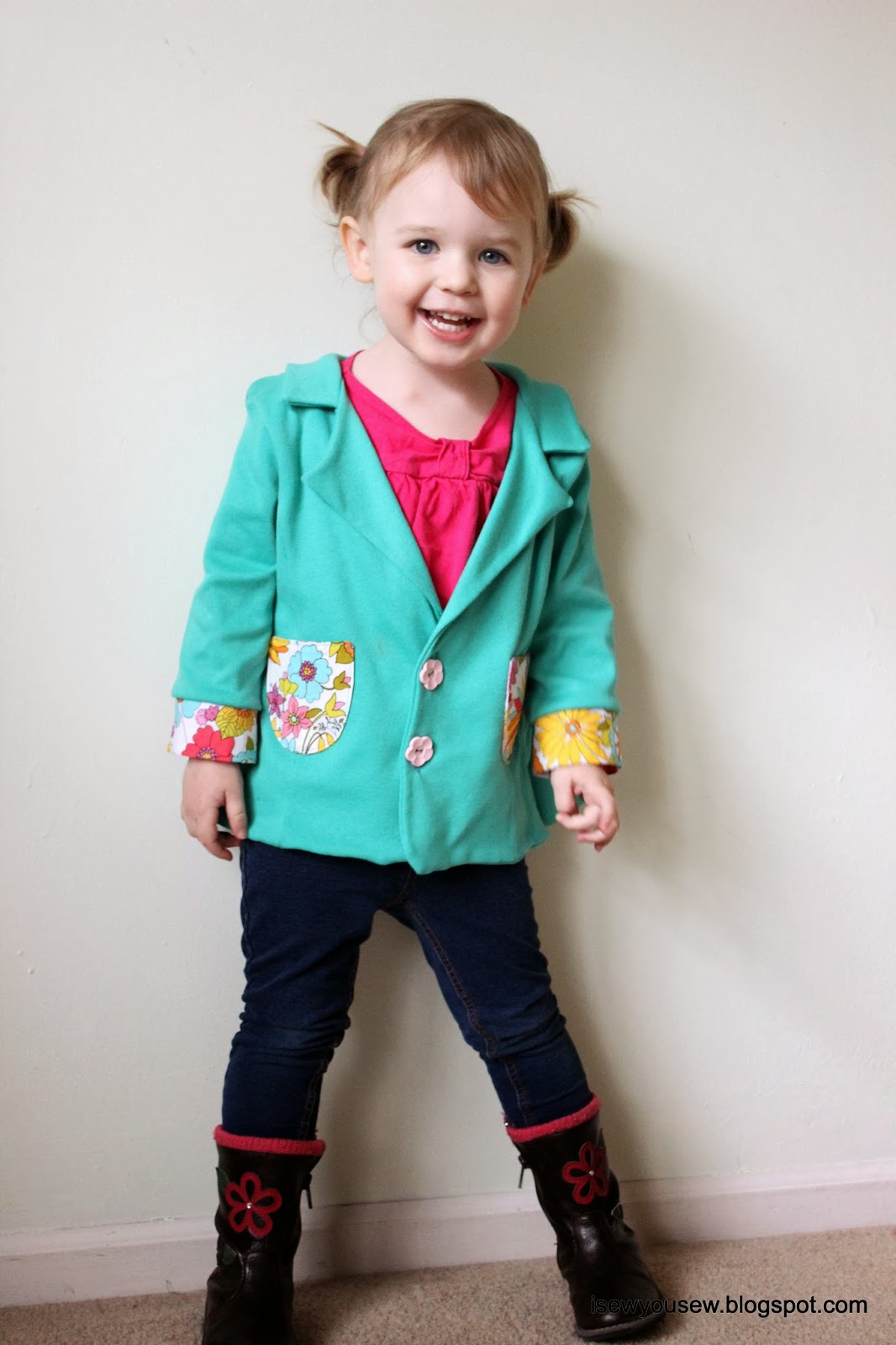