I am really, really cheap-- sometimes by choice, sometimes by necessity.  But one of the things that I love about going to thrift stores is that it's like going on a treasure hunt-- you may find something great buried in the racks or on the shelf.  And that's what happened with this outfit: the boots, belt, and dress fabric are all thrift store finds, for a total of $7.50!

So let me start with the boots, since this week's Project Sewn challenge was to make something based on a pair of shoes.  I typically play it safe with shoes-- a pair of tennis shoes, two identical pairs of dress shoes (one in black, one in brown), a pair of brown books, some LL Bean Mary Janes, a few summer shoes, and a couple of pairs of high heels.  A few months ago I was at a local thrift store when I found these boots, and though I'd take a chance on trying something a little different-- low boots with heals, in kind of an orangey-brown shade. 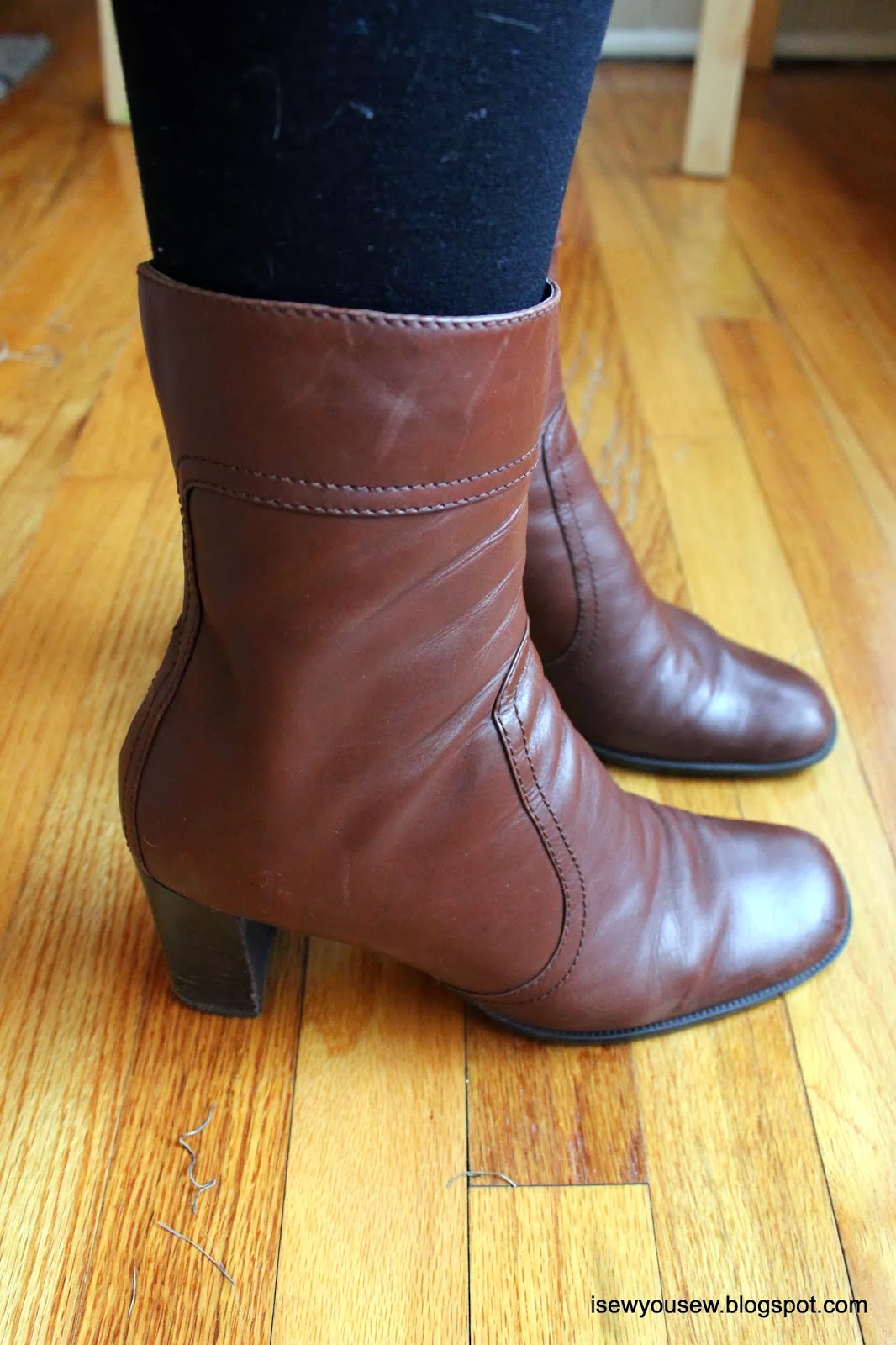 So I decided for this challenge that I wanted to be brave-- instead of wearing the boots under jeans, as I normally do, I wanted to wear them with tights or leggings and a dress.  (Because that's what blogging is all about, right?  Taking risks and being brave?)

I wanted to use some rayon that I bought a thrift store last month (two and a half yards for 50 cents!), and thought that the Ruby Dress would be the perfect companion to my boots.   And.... it was! 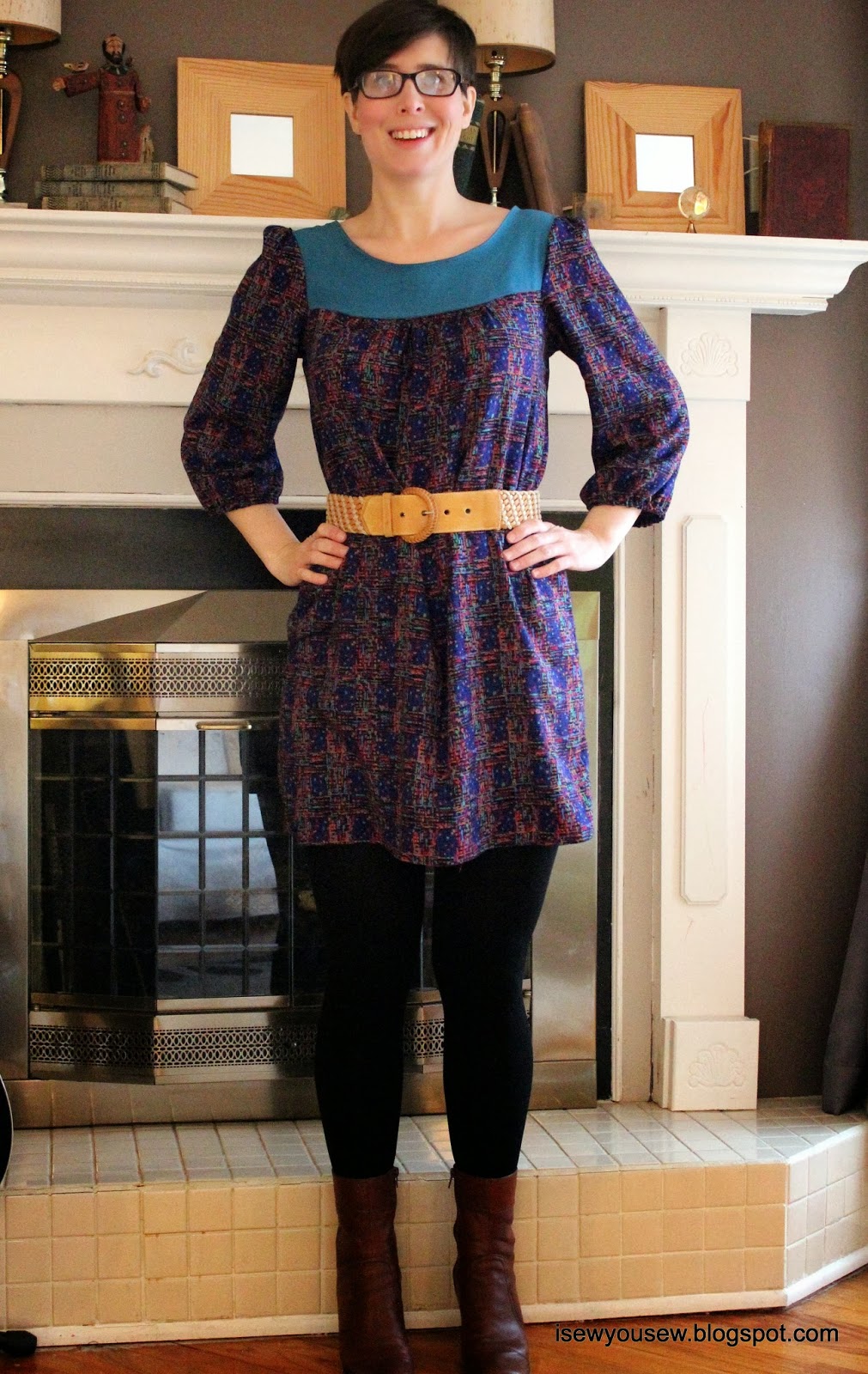 This outfit is not something that I would normally ever wear (my wardrobe is mostly jeans, t-shirts, and cardigans), but I love it!  The dress is really comfortable, and just the right length.  When I made the Ruby Top in January, I had problems with the armscyes being too tight.  This time I kept the seam allowance at 3/8 inch all the way around, and it made a world of difference-- a perfect fit!  The belt was another thrift store find, and paired nicely with the brown boots: 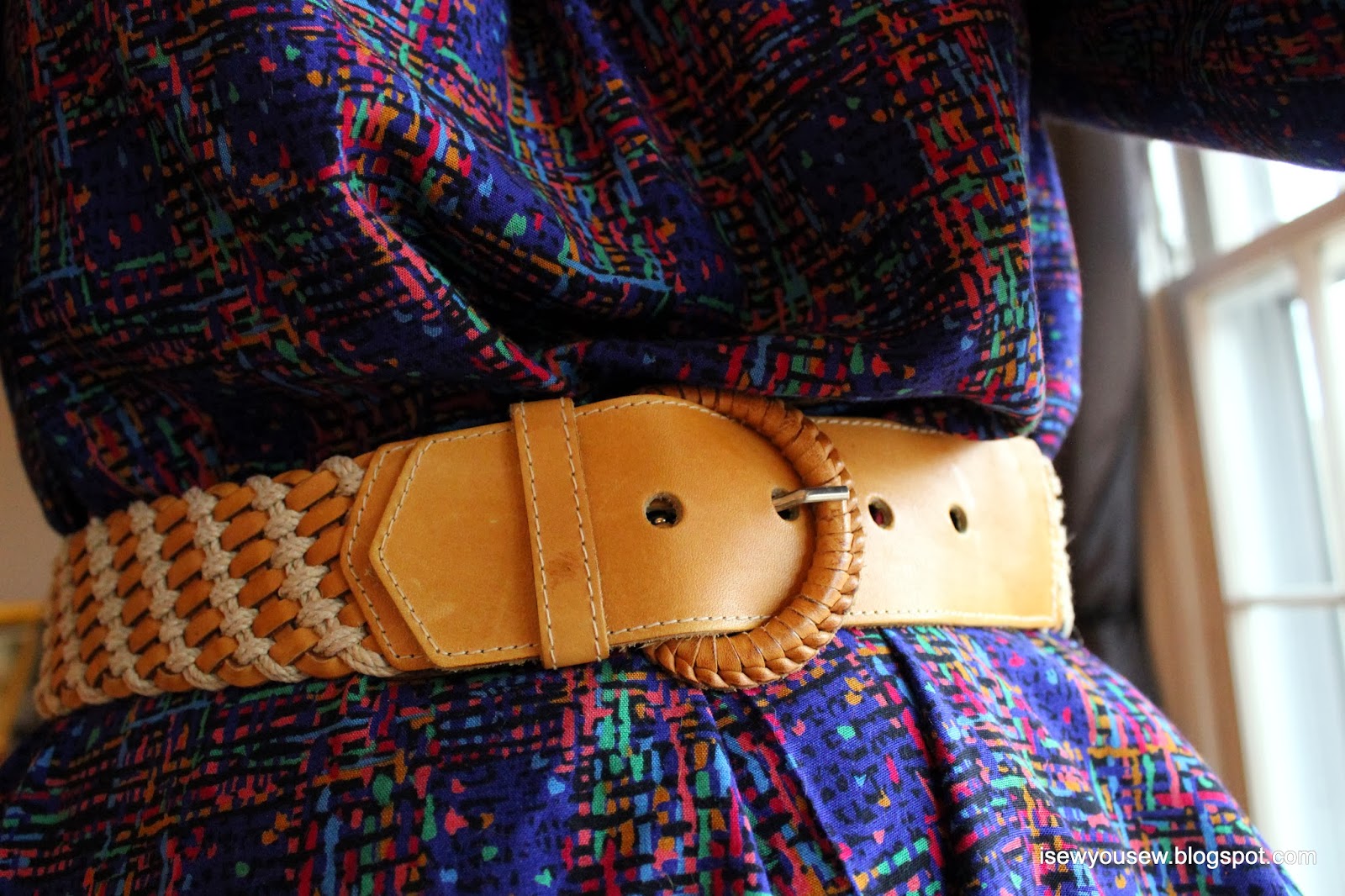 You can see the fabric print better in this picture.  Elizabeth and I have had some discussions lately about rayon prints-- they are typically really ugly, and it's hard to find good ones.  I don't completely love this one, but for 50 cents I can live with it, and it goes with just about anything.  Does anybody have any recommendations on where to find any good rayons?

I will be making more of these dresses, maybe as part of my commitment to being brave I'll actually make some sleeveless ones, haha.


Finally, I wanted to share a series of pictures from my "photo shoot", it's kind of amazing that I get any half-way decent shots at all! (I had the camera set up on a continuous timer) 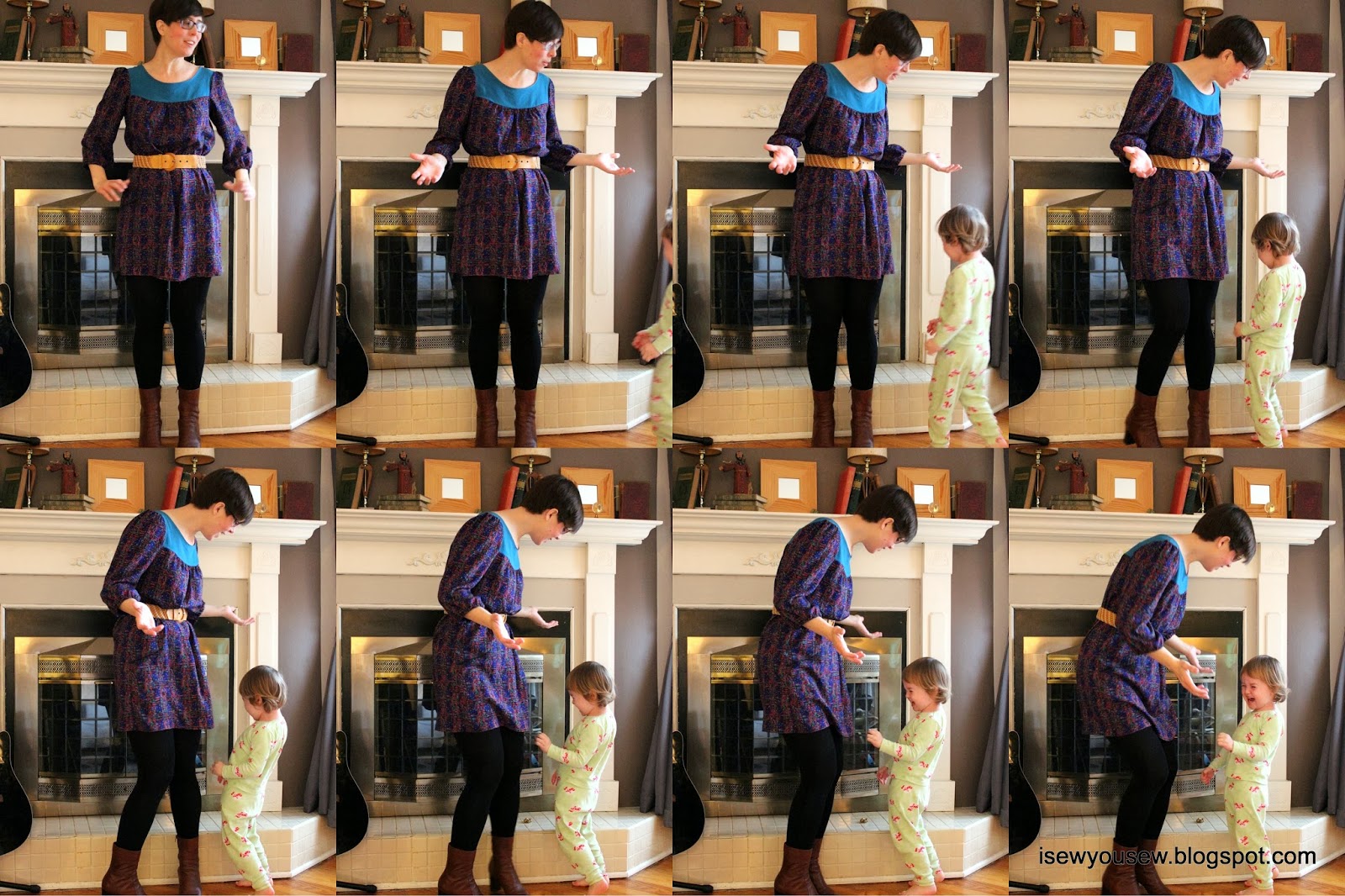