So this is my Plan "D" skirt for Project Sewn, so called because it was my last-minute act of sewing desperation.  Last weekend, after we had decided to participate in the Project Sewn challenges, I had a brilliant idea for this week's challenge, which was the color pink.  (Ok, maybe it wasn't brilliant, but I was inspired).  I was going to do a color-blocked tee, something similar to the Lucille top that I made for my daughter, but with more blocks.

And then reality set it.  Joann Fabrics has a very limited amount of knits, especially pink knits, unless you are a girl between the ages of 2 to 5.  There are no other local places that sell a wide-variety of knits, and I didn't have time to order online.  So it was on to Plan "B".

Plan "B" was a knit skirt from this New Look pattern.  The plan was to make it from a fuchsia ponte knit that I picked up at a thrift store a few weeks ago.  But the more I looked at it, the more blah it seemed.  Safe.  Easy.  Boring.  So moving on...

To Plan "C", which truly was inspired.  And exciting.  But the website that I was trying to purchase the pattern from was down for about 24 hours, so I wasn't able to buy the pattern in time (I know, excuses).   However, that pattern is on hold for the final Project Sewn Challenge in a week and a half, so I'm not going to give it away!

So, finally, on Thursday morning, I moved on to Plan "D", just for a chance to submit something...anything.  And this is what it was: 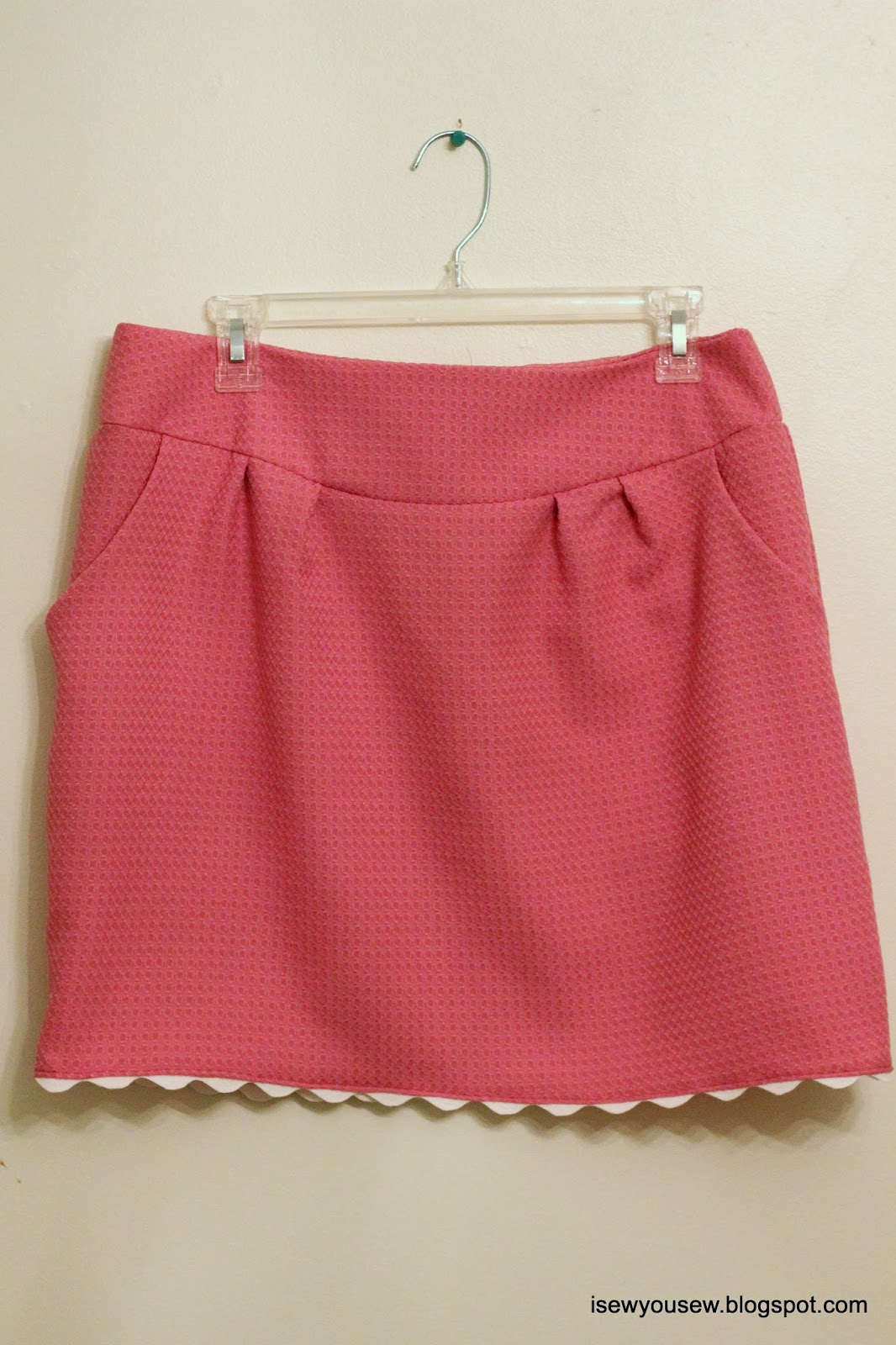 On the hanger, in the picture, it doesn't look as awful as it does in real life.  I knew that it had the potential to be ugly, but I was hoping that it would cross that threshold of being so ugly it became cool again.  And it didn't.  It's just ugly.  The individual elements of the piece aren't bad on their own, but they combined to make a something that a matronly woman might have worn in 1972.

I used Simplicity pattern 2451, and some pink polyester that had been passed along from someone else's stash. 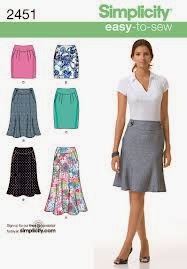 The skirt was really easy to sew, and I still think that I like the pattern, just not with the fabric.  It was too poofy and lightweight, and highlighted all the wrong areas.  I think that with some heavier fabric the pattern could still have a lot of potential.  The skirt looked so awful on me that I'm not even going to post a picture here.

Live and learn, right?  I'm looking forward to next week's Project Sewn challenge that will hopefully be a little more inspired and fashionable!
Posted by Hanni Guinn at 10:29 PM